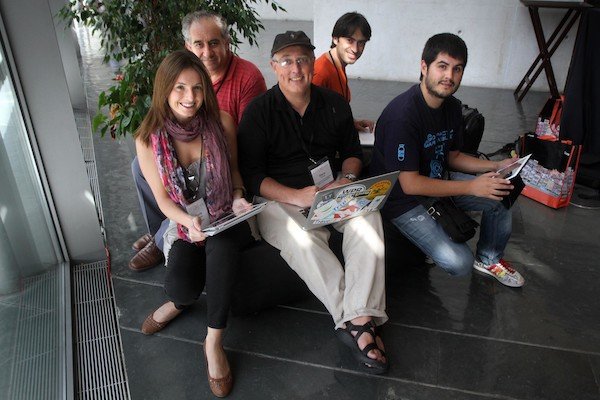 In 2007, Gary Arndt dropped everything for a life of travel, adventure, and photography.

Today, that adventurous life also includes a booming business as a travel blogger, podcaster, and photographer.

You’ll find him online at https://everything-everywhere.com/, and on Instagram at https://www.instagram.com/everythingeverywhere/.

I interviewed Gary previously (you can see the article HERE), but recently I caught up with him again to ask him some questions about his portable career as a photographer and travel blogger.

In 1994, he started an internet company. Then in 2007, he decided to travel the world so he bought a camera and taught himself how to use it. He made a lot of mistakes along the way.

But he learned from those mistakes. . . oh, boy, did he learn. Since 2010 he’s won one photography award after another, including the prestigious Best Travel Photographer of the Year, repeatedly, from both the Society of American Travel Writers and the North American Travel Journalists Association. 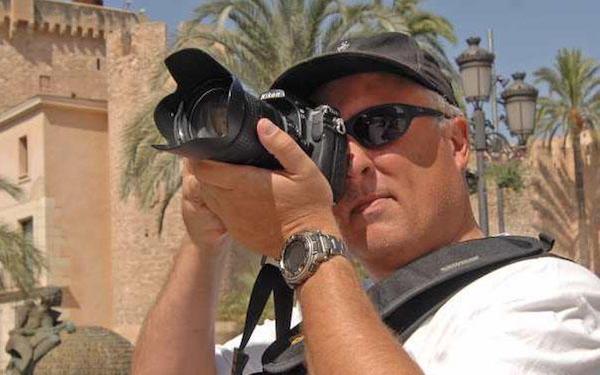 Gary started his Everything Everywhere blog in 2007. At the time he just wanted to share what he was doing with friends and family.

It didn’t start out as a business. In fact, there wasn’t anyone to really look at who was blogging as a business at the time. “It wasn’t really a thing back then,” he stated.

Around 2011, he got some sponsorships and endorsements, so that was when “it started to become the beginnings of a business.” He still didn’t do a lot of the things that a lot of professional bloggers did.

Today he has one employee who manages things, but Gary still handles all the content creation.

Gary’s originally from Wisconsin, but today he calls Minneapolis home.

Gary admitted this has been a slow travel year — he’s only been to six countries so far. (Only!) He has plans to visit Newfoundland in Canada, then Norway, Indonesia, Ireland, Argentina, and Brazil.

“It’s hard to say where I’ll go,” he admitted, because “things pop up.”

Gary chooses where to go based on opportunities that present themselves. “I might have a tourism board or a tour company that wants to do something with me,” he acknowledged. “If I find it interesting. I might do it.”

Gary’s whole life as a travel blogger today is driven by what’s interesting to him. He chooses where to go based on whether he’s excited about it.

All of Gary’s business comes down to the fact that he’s developed an audience. Whether he’s selling rights to images, getting a sponsorship, or being hired for a project, it’s all because he has an audience that likes his work. (He has over 200,000 followers on Instagram alone!)

Gary’s income sources break down into four main categories. Here they are, in the the order in which they contribute to his overall income, from most to least.

One of Gary’s projects is a course he’s developed, called the Travel Photography Academy.
He started it because he saw a need.

“I would see people on very expensive trips with expensive cameras who didn’t know how to use them. I realized if people were willing to invest a little money they could learn to take better photos and get more out of their investment.”

There’s a lot of interest from his current audience — he hasn’t done any advertising, or used any affiliates yet to sell the course.

In 2009, Gary started a weekly video interview podcast called This Week in Travel. He doesn’t do a weekly show any more, calling it a “semi-weekly” show.

He’s hoping to launch another podcast soon. This one won’t be specifically about travel, and will be “more of a monolog focusing on culture and history rather than traditional travel.”
He’s hoping it will appeal to a wider audience. Gary pointed out that:

“If you look at lifestyle niches like food and fashion, those are issues people deal with every single day. Travel is much more expensive and requires more of a time commitment. Most people might follow food or fashion all the time, but they’re only interested in travel right before they take a trip.
That’s offset by fact they spend a lot when traveling, but there’s not the steady interest in travel you see with other areas.”

What About the Tech?

When Gary first thought about doing a video podcast back in 2007, the technology was daunting. “Now you can shoot HD video on a smartphone,” he pointed out. “It’s so easy it’s almost like cheating.”

Gary believes the advances in technology are the reason there’s been such an explosion in digital nomads and people traveling full time or long term.

Gary believes everyone who’s been truly successful has been doing what they want, not basing their efforts on keyword research and market studies.

He pointed out that one of the biggest podcasts on iTunes is Hardcore History. “It breaks all the rules of podcasting,” he explained. “Each show is about five hours long, and it’s a complete monolog show.”

Going forward, Gary plans to focus more on his training course, and on posting more. He may hire someone to help with that. Gary explained:

When you’re doing stuff online, no one size fits all. Everyone has drifted in different directions. I really think that it has to stem from a passion. If you don’t know what to talk about, you shouldn’t even be doing this. If you have something you’re passionate about, then it’s easy.”

If you click one of those links and make a purchase, I’ll earn a small commission. It doesn’t cost you a penny more, but it helps to support this site, including the podcast.